Rock musicians are very interesting people. You can reproach them with many things but you can never say they are boring. In addition, they are often very intelligent. For example Marilyn Manson, the most controversial singer I have ever listened to, looking horrible and thus behavingon the stage is mild like a lamb when giving an interview. He based his philosophy on such different schools as: Christianity, Satanism, Decadentism or Freudism. Being a satanic reverend, in his lyrics, he fights all violence affairs on TV, calls people to real faith, blames hypocrites and weapon producers. Indeed, rock musicians are very interesting people. 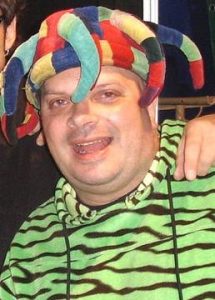 Krzysztof Skiba is a very successful Polish singer. He’s now in his mid-thirties. He’s not very tall but he’s plump. He’s got short hair. He’s got his own music group BIG CYC. They’re very popular. Skiba is very intelligent. He lives in Gdańsk & he also works as a journalist. He sings about life. Sometimes he uses very sharp words in his songs. But I think that he will be still very popular and his songs too.